The Carts Of Paraguay 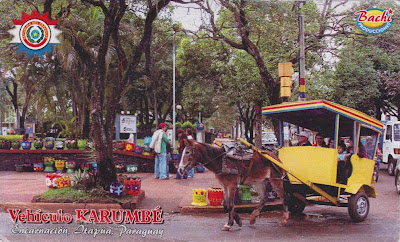 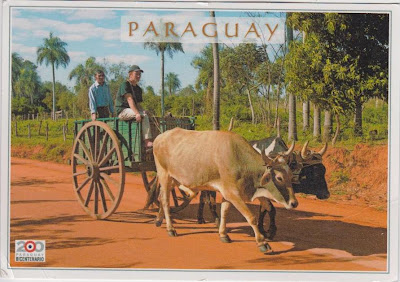 It was only when I've stamped these postcards that I realised that I could have gone for diversity rather than the same theme!﻿ I suppose a part of the reason remains the fear that the cards wont reach me via postal system...Which doesnt seem to happen to me that often..! (3x knock) So I should take more risks in the future, or simply buy two of the same cards :) On the other hand, I've wanted to send a card of Encarnación, and the horse cart was the prettiest one they had :D Both cards sent from Concepción from the lovely lady's office.

Lately I'm becoming to question my love for carts...they do represent something quaint and traditional in most of cases, but when I see them 'in person' there is this feeling of discomfort, as some of the animals are underfed, dirty or simply constrained...but such is the way of the world, and never simply black or white :(