Bolivia - The Story Of The Tampered-With Stamps 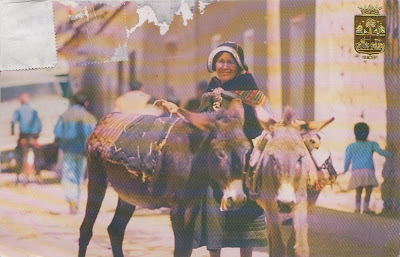 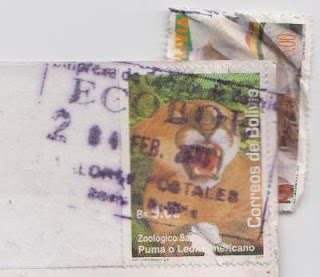 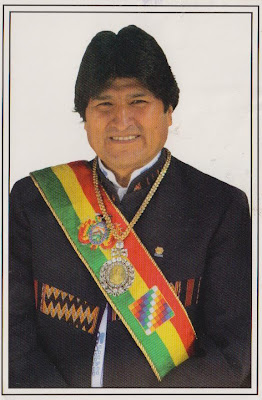 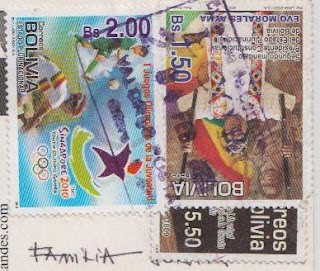 These two postcards, in my memory sent from the constitutional capital Sucre, seem to have had an interesting journey from Bolivia to my doorstep; I've purchased a gorgeous stamp set﻿ with jaguar & puma in Santa Cruz, and  set with the president Morales in La Paz.
*I've used the animal set on the donkey card - the surviving puma stamp was actually enough postage, so someone unglued the jaguar stamp and THEN cancelled it! No wonderment there where the 'crime' happened :)
*It is quite logical then that the 2nd 'crime' was committed by the same perpetrator - I have matched the stamps with the card and used two Morales stamps, one of which was removed and the other put back upside down! Whats more, that someone was conscious enough to add other stamps so the postage would be right..!
Then there is a mystery of the stamp stuck on front of the donkey card...the card was obviously wet at some point, i hope some other card wasnt left stamp-less in the process!!
All in all, I feel happy that the cards have arrived in the end :)))