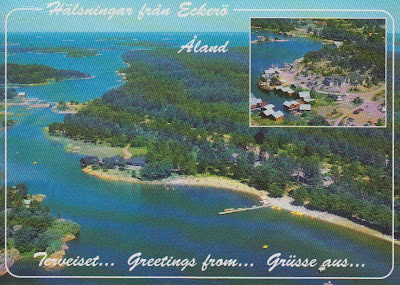 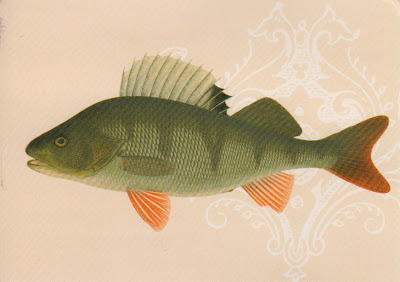 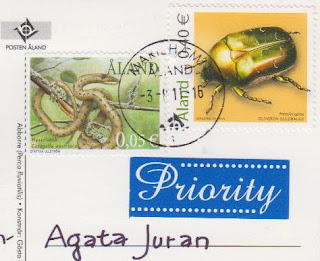 I was really happy to get these Åland postcards as they were my first written & stamped from there, and both coincided in the same month of august  :)﻿ (forgive me as this sentence doesnt sound correct..!)

Åland Islands are an archipelago in the Baltic sea, and an autonomous region of Finland. The name Åland translates into 'river land'. The population is 28000 and the official language is Swedish.
Described as a perfect place to relax and forget about work, Eckerö is the westernmost  municipality of Åland (and therefore Finland) with a population of just under thousand souls. Its most prominent building is Post and Customs House, built to aid the postal services between Stockholm and St. Petersburg :) Åland Europa stamp is beautiful, as is the semi-circular cancellation <3 Received from MrsTaavi, vacation RR - thank you!
The fish card is private swap with Suvi/ivus - thank you :)

To be precise, its a European Perch ('grgeč' in croatian, ha!) There is also a matching stamp, as well as the Coronella austriaca (smooth snake) and Potosia cuprea (Gullbasse? something not featured in wikipedia, a wonder!) Great stamps especially the snake!! <3