UNESCO - Cathedral And Churches Of Echmiatsin And The Archaeological Site Of Zvartnots, Armenia 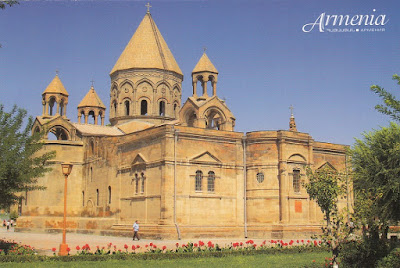 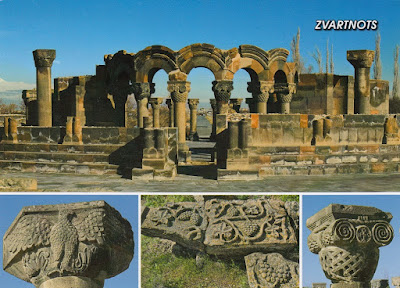 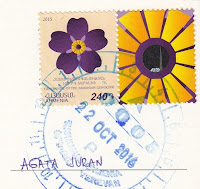 The cathedral and churches of Echmiatsin ( or Etchmiadzin ) and the archaeological remains at Zvartnots graphically illustrate the evolution and development of the Armenian central-domed cross-hall type of church, which exerted a profound influence on architectural and artistic development in the region.

Etchmiadzin Cathedral is the mother church of the Armenian Apostolic Church, located in the city of Vagharshapat (Etchmiadzin). According to scholars it was the first cathedral built in ancient Armenia (early 4th century), and is considered the oldest cathedral in the world. The tour I was with included a visit to the museum of the cathedral, which has numerous items on display, including manuscripts and religious objects. Among its notable exhibits are the Holy Lance (Spear), relics belonging to Apostles of Jesus and John the Baptist, and a fragment of Noah's Ark. Many relic-containers offer no view of what is inside, so when I asked our guide 'how do we know what is inside?' she simply replied 'we don't' lol.

Zvartnots Cathedral (literally 'celestial angels cathedral') is a 7th-century centrally planned aisled tetraconch type Armenian cathedral built by the order of Catholicos Nerses the Builder from 643-652. Now in ruins, it is located at the edge of the city of Vagharshapat (Etchmiadzin). As ruins, there wasn't much to look at, but the atypical arches were still pretty cool :)