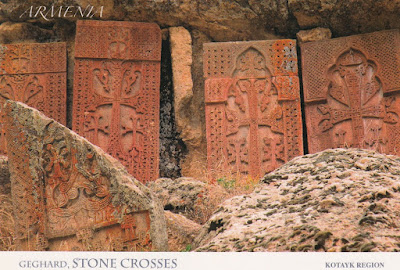 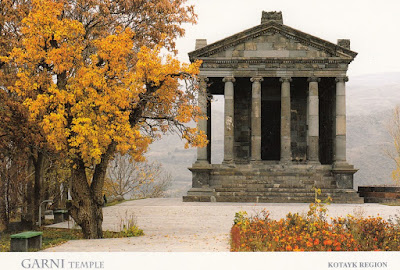 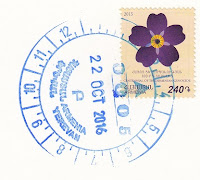 After an overnight train to Yerevan I spent the day in the capital city - rainy weather, sore throat, and a cancelled paragliding trip...i really thought i'd go through with it, challenge myself i.e. my fear of heights...shame.
The next day I went on a trip to see the mystical Geghard Monastery, one of the three Armenian WHS sites. The misty weather actually made the whole atmosphere that much better :) The site was full of khachkars (or Armenian stone-crosses) - carved, memorial steles bearing a cross, and often with additional motifs such as rosettes, interlaces, and botanical motifs. Khachkars are characteristic of Medieval Christian Armenian art, inscribed since 2010 in the UNESCO list of Intangible Cultural Heritage.
Afterwards we visited the Temple of Garni, the only standing Greco-Roman colonnaded building in Armenia and the former Soviet Union. The structure was probably built by king Tiridates I in the first century AD as a temple to the sun god Mihr. After Armenia's conversion to Christianity in the early fourth century, it was converted into a royal summer house of Khosrovidukht, the sister of Tiridates III. I'll also remember this site because I asked a really handsome Russian guy if he could take a photo, shame he didn't know a word of English..;)