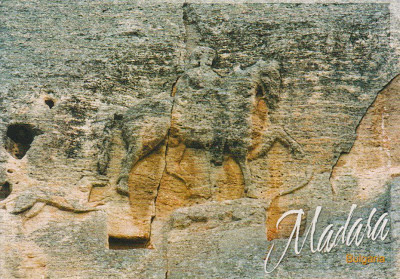 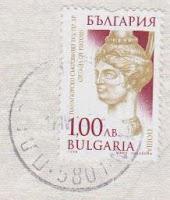 The Madara Rider, representing the figure of a knight triumphing over a lion, is carved into a 100-m-high cliff near the village of Madara in north-east Bulgaria. Madara was the principal sacred place of the First Bulgarian Empire before Bulgaria’s conversion to Christianity in the 9th century. The inscriptions beside the sculpture tell of events that occurred between AD 705 and 801.
This is sort of a most 'specific' Unesco site where one postcard should be enough for representation...but it looks even more intriguing when you see the broader view of the cliff..! Would sure love to see it 'live' one day - as Nadezhda did, thank you lots!