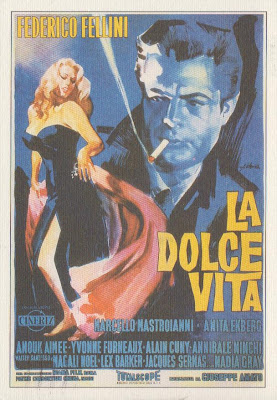 La Dolce Vita is a 1960 comedy-drama filmed by Federico Fellini. It is one of those movies that i've longed to see for ages now - i even had it downloaded, but am waiting for the opportunity to just relax and immerse into it, which i should be able to do during winter holidays :)
Interesting fact: the word paparazzi, used to describe intrusive photographers, has its origin here; the photographer in the movie who is 2nd to the main character is called Paparazzo. Sounds like something that could pop up in a quiz show ;) 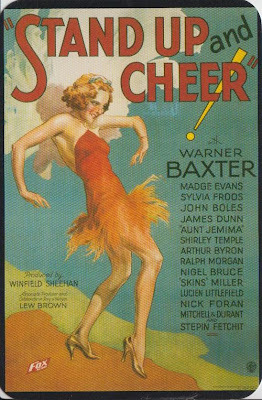 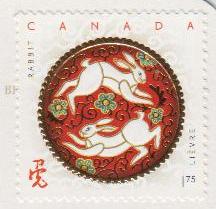 Stand Up And Cheer is a 1934 American musical directed by Hamilton MacFadden. Although it stars the Oscar-Award-Winner Warner Baxter it is mostly referred to as a Shirley Temple movie, whose role was minor but she was a huge start at the time. I must admit, I havent heard of this movie before AND I've never seen a Shirley Temple movie, ttt!

Thank you Becker for the offers tag;
and Elaine/ezbub for the gorgeous Year Of The Rabbit stamp <3
Posted by agi at 10:34