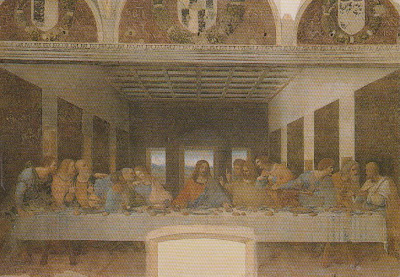 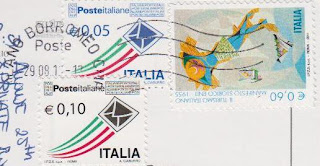 The Last Supper is a 15th century mural painting by the famous Leonardo Da Vinci. It measures 450 x 870 cm and covers the end wall of the dining hall at the monastery of Santa Maria Delle Grazie in Milan (unesco). By the 1970's the appearance of the painting was so badly deteriorated it needed a thorough restoration. Still, many details from the original have disappeared with time (dirt, pollution, former misguided restoration attempts) - which can be seen on the 16th century canvas copy, conserved in the abbey of Tongerlo in Antwerp, Belgium.﻿
Thanks to dear Valentina/hotaru for this private swap :)