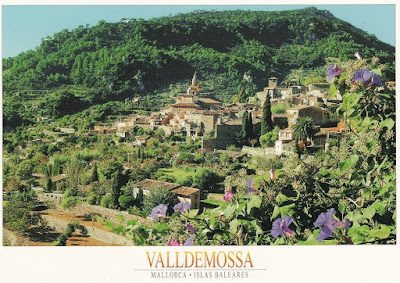 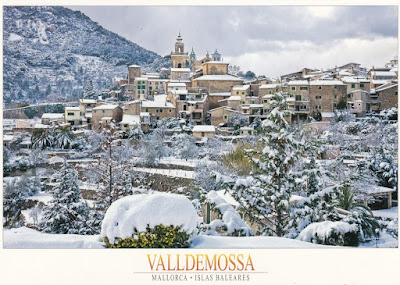 One absolutely adorable place, this is...Valldemossa is a village and municipality on the island of Majorca, part of the Spanish autonomous community of the Balearic Islands. With a population of around 2,000, it is a quiet and traditional town with narrow streets and lanes constructed with blonde stone, as are the houses. Many doorways of houses feature a religious symbol of Mallorca's patron saint, Saint Catalina Thomàs to protect their houses from harm, a tradition set many years ago.
In the 1830s the Spanish government confiscated monasteries, and the historic estate was sold to private owners, who have since hosted some prominent guests. These have included the Polish composer Frédéric Chopin and his lover the pioneering French writer George Sand, who wrote a notable account of A Winter in Majorca, describing their 1838–39 visit.

Valldemossa is surrounded by fertile land where olive and almond trees are grown and it has changed very little since it was first inhabited, despite the increase in tourism trade - it is part of Cultural Landscape Of The Serra De Tramuntana unesco whs, with the terraces also visible on these postcards. But I have covered that in a separate post :) And here is a photo of me posing smugly heh :) 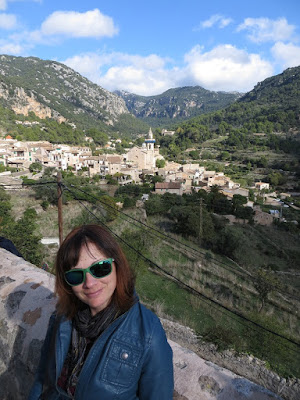