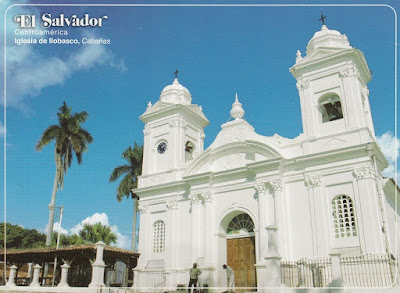 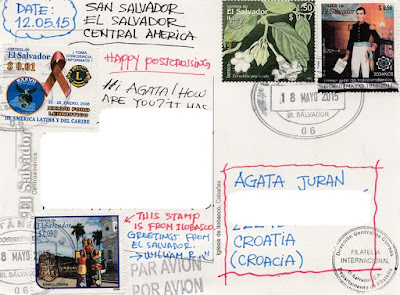 After a long while, another postcard sent from El Salvador, thanks to William Guillermo :)
Ilobasco is a municipality in the Cabañas department of El Salvador, located 48 kilometers northeast of the capital San Salvador. This town is known country wide, and internationally, for its clay craftsmanship or pottery.
The snow-white colonial church depicted is Iglesia San Miguel Arcángel, whose construction begun sometime around 1880, and was built mainly thanks to donations and hard labour of local people. The church was damaged in the earthquake of 2001 but luckily no major damages were done to the facade. As the patron saint, San Miguel Arcángel is vigorously celebrated during the second half of September.