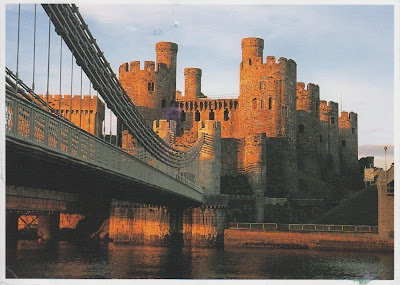 The beautiful Conwy Castle is situated on the north coast of Wales. It was built in the 13th century during King Edward I's reign. I somehow missed it when i was travelling in north Wales :/ but to my defence there is so much to see in Wales and we only had four days, two of which were spent mostly travelling..!
Such a wonderful place to visit, i hope to visit again someday <3
As always, a great swap thanks to Anu! x

There is a set of 15 different YOTD stamps issued by Royal Mail in what is called a Smilers Sheet. Wow that would mean a looot of swaps to get them all on postcards..! lol
Posted by agi at 09:59