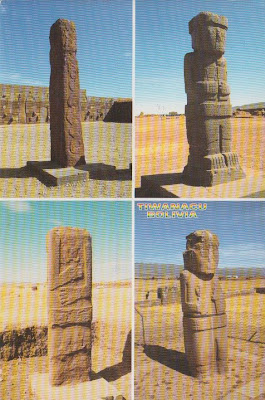 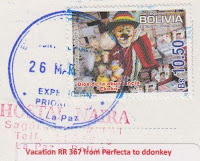 Tiwanaku is a pre-Colombian  archaeological site﻿ situated in western Bolivia, in the proximity of La Paz and Lake Titicaca. The culture was at its strongest in the period between AD 300-1000; the final blow to the demise of the empire was given by the 9th Inca in the mid 15th century when Quechua was imposed as the official language and their culture was integrated or annulled.

Another reason why I want to visit South America again...is because I've missed this too :/ I have seen postcards of Tiwanaku in La Paz but didnt procure any, so I was thrilled when I managed to join perfecta's host group in vacation RR :D thank you Marian for fulfilling my wish and sending me yes! my first unesco card from Bolivia :))