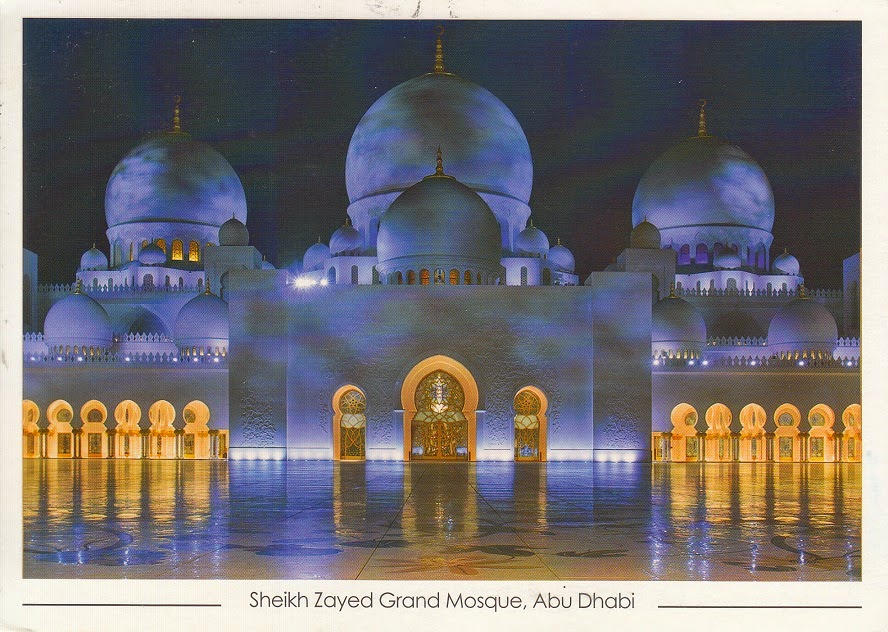 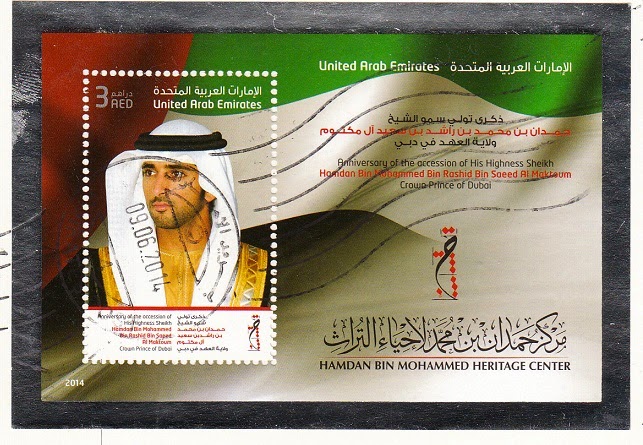 As the country's grand mosque, it is the key place of worship for Friday gathering and Eid prayers. During Eid it can be visited by more than 40,000 people. Sheikh Zayed Grand Mosque is the largest mosque in the United Arab Emirates and the eighth largest mosque in the world;  it was initiated by the late president of the United Arab Emirates (UAE), HH Sheikh Zayed bin Sultan Al Nahyan, who wanted to establish a structure which unites the cultural diversity of Islamic world, the historical and modern values of architecture and art.
Great choice of card, as of the commemorative stamp issued for Dubai Crown Prince this year. Many many thanks Weny!
Posted by agi at 23:43