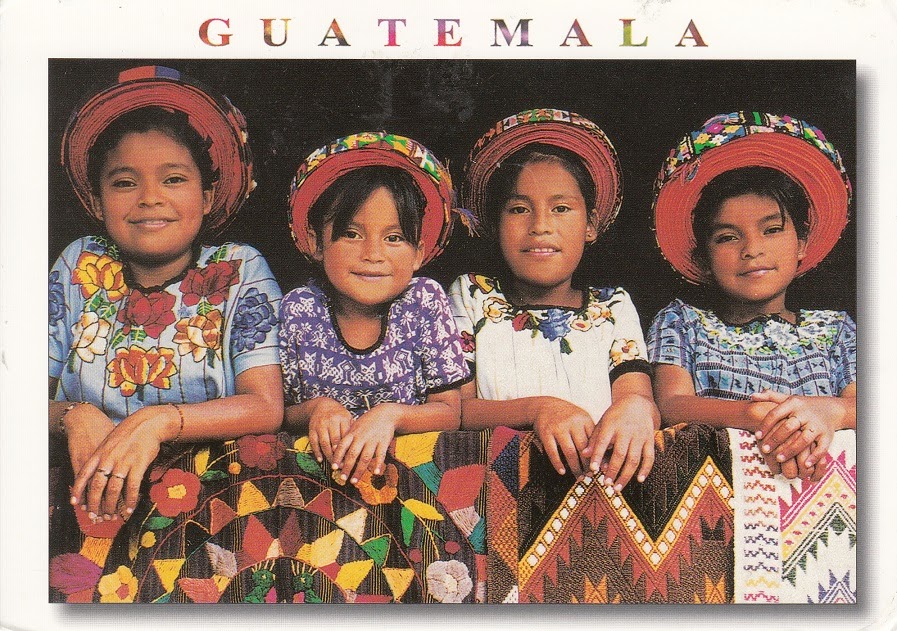 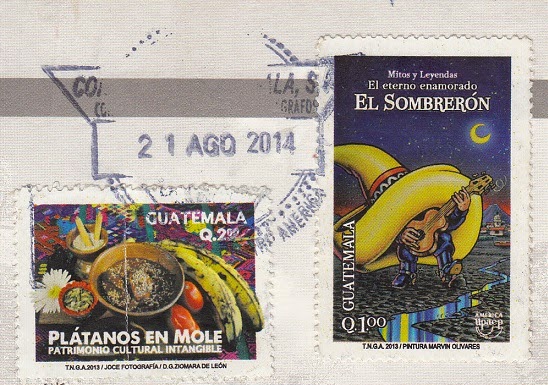 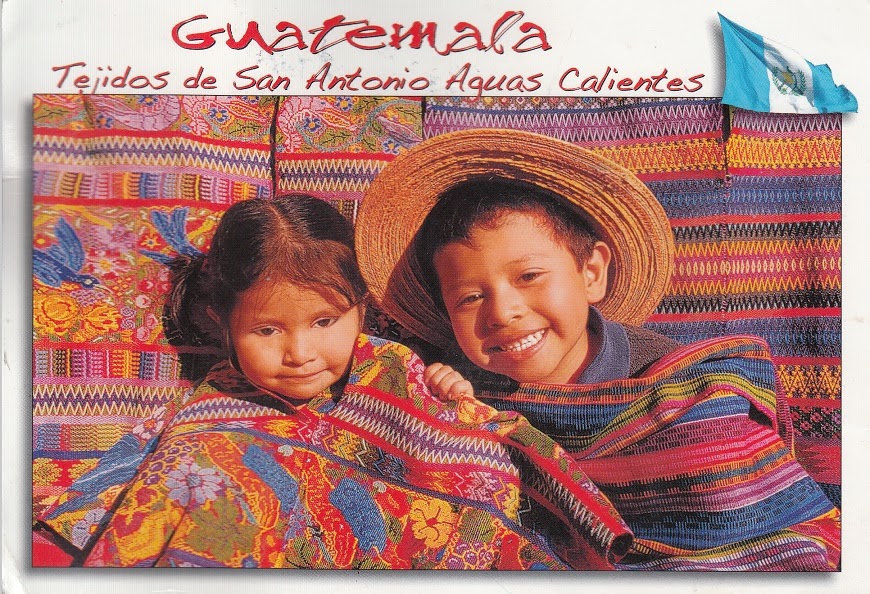 Two postcards showing indigenous children of Guatemala which were written by Ale's students - as it happens today is Ale's birthday so I will say - gracias e feliz cumpleaños!
The stamps cause some questionmarks popping above my head, the traditional Guatemalan dishes of Kaq'ik and Plátanos En Mole are described as Intangible Cultural Heritage but I cannot find them on the official list...not that it matters, they are great stamps, as is El Sombrerón - a fictional character and one of the most famous legends of Guatemala told in books and film. His main characteristics: a short man with black dress a thick and brilliant belt; he wears a black, large hat and boots that make a lot of noise when he walks.
He likes to mount horses and braid their tails and manes. When he cannot find horses, he braids dogs. He also likes to court young ladies who have long hair and big eyes. When he likes one in particular, he follows her, braids her hair, serenades to her with his silver guitar; but he also puts soil in her plate and she is not able to eat or sleep. Quite a character he is, El Sombrerón!
Posted by agi at 15:41