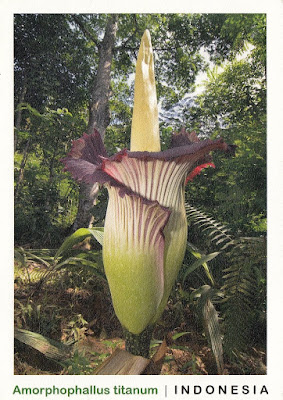 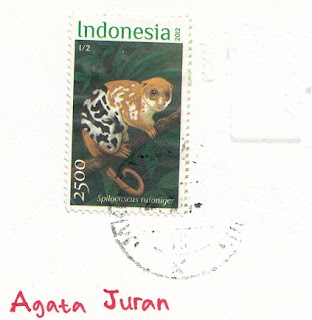 Amorphophallus Titanium or the Titan Arum is a flowering plant with the largest unbranched inflorescence in the world. Due to its odour, which is like the smell of a rotting corpse, it is characterised as a carrion flower and also goes by the name of corpse plant. I must say I am very intrigued by this and would love to see/smell it myself...once in a lifetime would be enough I'm guessing..!

The stamp shows a creature I have never heard of before, or rather I thought so far Cuscus is only something you eat heh. But here it is, or more precisely a Black-Spotted Cuscus, which is sadly critically endangered...and difficult to spot in the wild, which resulted in this very stamp being the only image of it on Wikipedia. And that's a second C for this week's Sunday Stamps' A-Z challenge :)