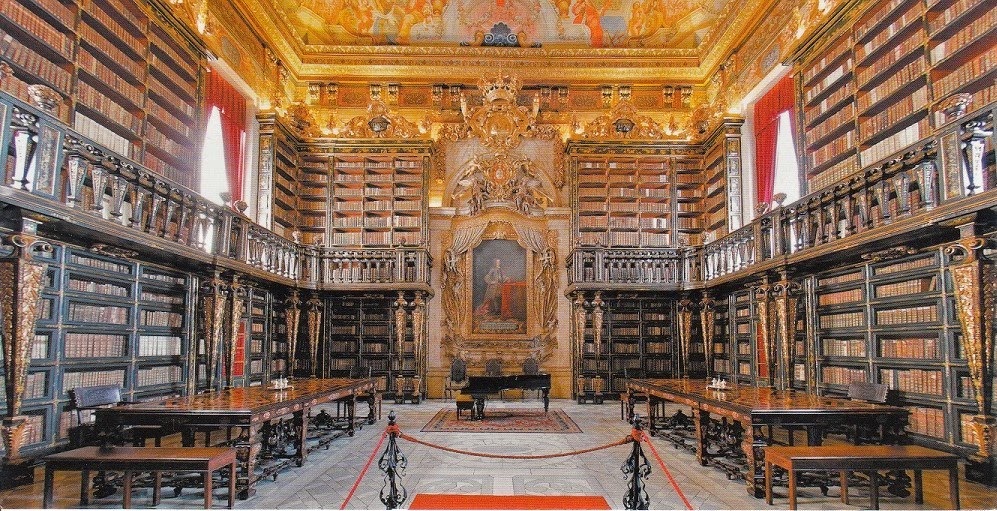 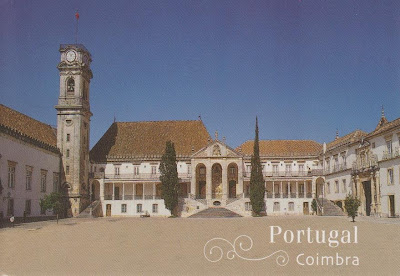 The University was founded/ratified in 1290, but it moved to/from Coimbra/Lisbon for centuries, until it moved definately to Coimbra during the reign of Joăo III in 1537, which is also the year it occupied the beautiful building on the photo, the Royal Palace Of Alcáçova. Obrigado Cristina :)
I have decided to re-post after receiving the panoramic card of the library from my own trip :) It actually looks much bigger here than in real life, but its equally stunning. I liked the story about bats living inside the library eating the bugs that normally destroy the books. Quite a symbiosis :) The stamps are of two of the Coimbra's cathedrals, old and new.