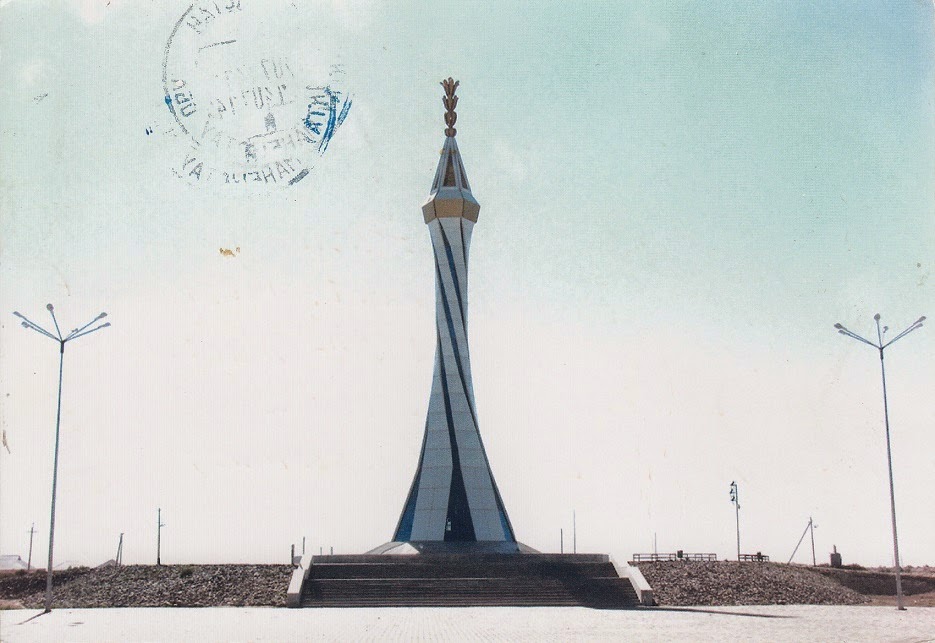 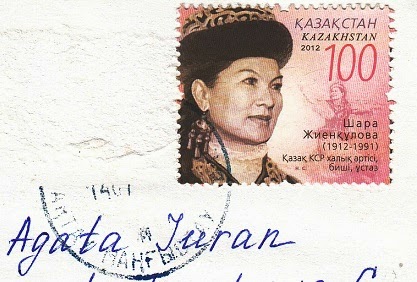 I recently had a 'blind' swap on official PC and received this card showing something that is really hard to google! The info I found in the end is this:
A new sight called Syr Ana (Mother of Syr Land) was opened in Kyzylorda, southern city of Kazakhstan, on the City Day. It is called to honor and promote the image of mothers and is shaped in the form of saukele, a Kazakh national female wedding headdress. Its height is 39 meters, there is a viewing platform on the top with a 107-steped spiral stairway leading to it.
There were two stamps but the infamous stamp-snatcher in Croatian Post acted here as well. Thanks goes to Julia :)
Posted by agi at 22:50