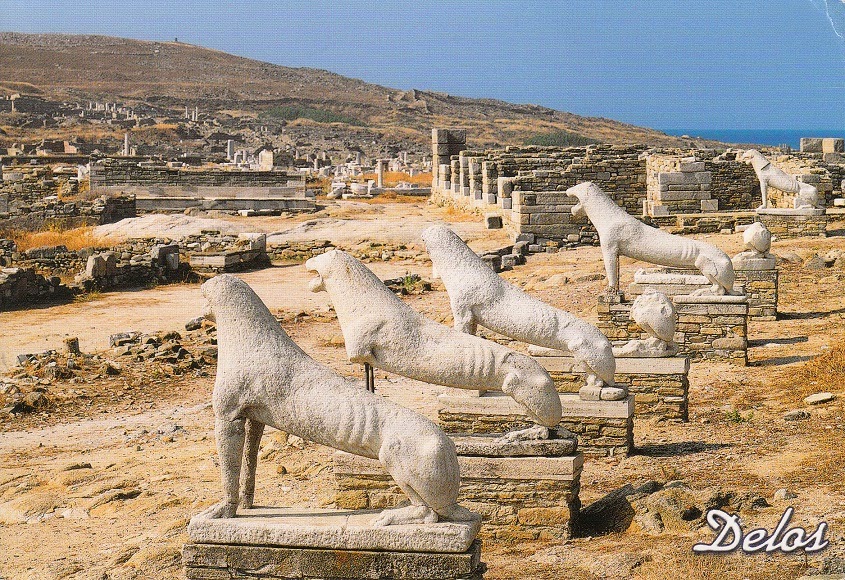 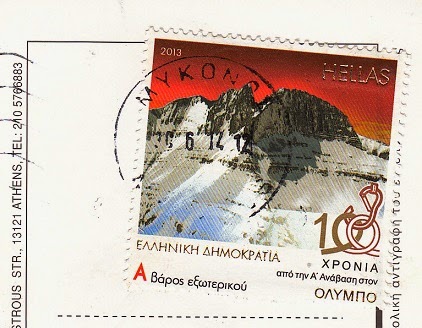 The island of Delos  near Mykonos, near the centre of the Cyclades archipelago, is one of the most important mythological, historical and archaeological sites in Greece. According to Greek mythology, Apollo was born on this tiny island - Apollo's sanctuary attracted pilgrims from all over Greece and Delos was a prosperous trading port. The island bears traces of the succeeding civilizations in the Aegean world, from the 3rd millennium B.C. to the palaeochristian era.
The Terrace of the Lions was also dedicated to Apollo by the people of Naxos shortly before 600 BC, had originally nine to twelve squatting, snarling marble guardian lions along the Sacred Way.
When my PC friend told me he was going to work on an island which is in its entirety an archaeological site, I thought wow thats so cool! Thinking about it a bit more I realise it cant be that different from me working on this small island...though its much smaller, and well it doesnt have some awesome ruins scattered around heh. Thanks Vangelis :)
Posted by agi at 13:37