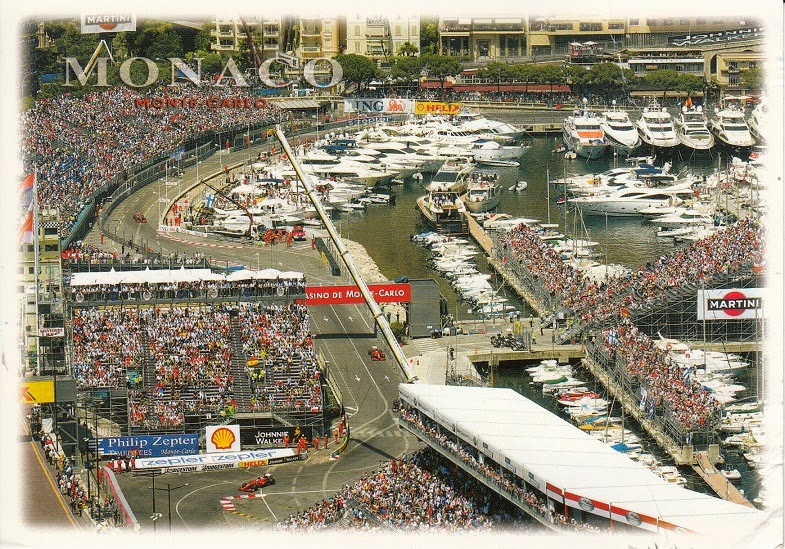 Formula One motor race Monaco Grand Prix is held each year on the Circuit de Monaco since 1929; it is widely considered to be one of the most important and prestigious automobile races in the world. The race is held on a narrow course laid out in the streets of Monaco, with many elevation changes and tight corners as well as a tunnel, making it one of the most demanding tracks in Formula One.
Famous Brazilian racing driver Ayrton Senna won three Formula One world championships, but was killed in an accident while leading the 1994 San Marino Grand Prix -  he is to this day considered to be one of the greatest drivers in the history of the sport.
Many thanks to Ann for this great combo :)
Posted by agi at 16:34