UNESCO - Historical Complex Of Split With The Palace Of Diocletian, Croatia 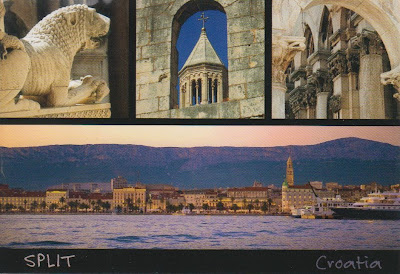 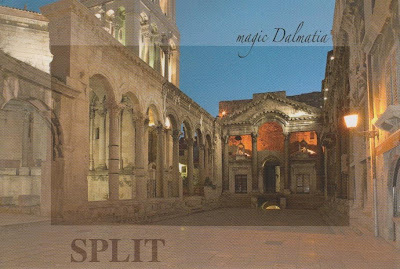 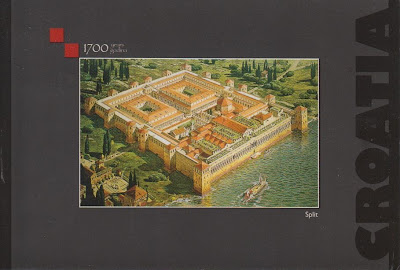 The ruins of Diocletian's Palace, built between the late 3rd and the early 4th centuries A.D., can be found throughout the city. The cathedral was built in the Middle Ages, reusing materials from the ancient mausoleum. Twelfth- and 13th-century Romanesque churches, medieval fortifications, 15th-century Gothic palaces and other palaces in Renaissance and Baroque style make up the rest of the protected area.

I have been to Split last week and finally managed to send postcards that would encompass the main sites of Split's Unesco :) The last postcard is a reconstruction image - nowdays private establishments are incorporated into the main frame, which makes it quite unique.