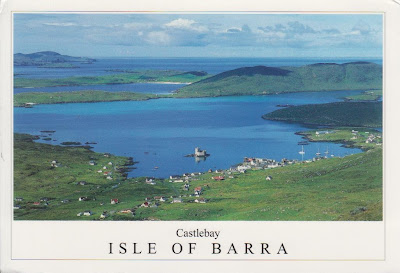 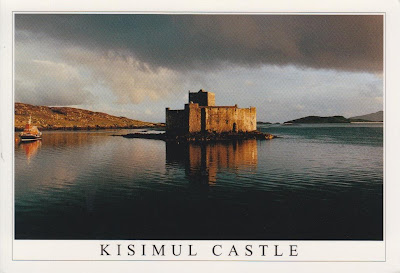 The island of Barra is a predominantly Gaelic-speaking island in the Outer Hebrides in Scotland - Castlebay is the main village on the island, situated on its south coast overlooking the bay where Kisimul Castle is located. It is a small medieval castle (mid 16th century) whose name translated from the Gaelic words cis and mul means 'the place where taxes are paid'. Although completely surrounded by the sea it has its own fresh water wells.
And who can ever get enough of the Scottish castles..?!