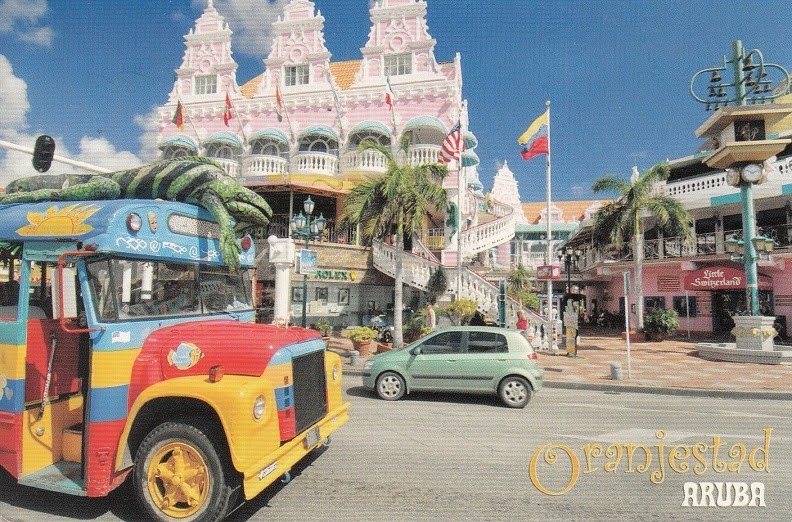 Another newbie in my collection, thanks to Denise :) Colourful street scene of Oranjestad or Orange Town, the capital and largest city of Aruba. located on the southern coast near the western end of the island country. In the local language, Papiamento, Oranjestad is often referred to simply as "Playa". In 2010 the population of the capital was estimated at just under 30 000.
There is some Dutch Colonial architecture - due to increased government interest in maintaining the island's cultural heritage, a number of old buildings and houses in the center of town have been transformed into colorfully restored landmarks. The picture shows the Royal Plaza Mall.
Posted by agi at 12:48