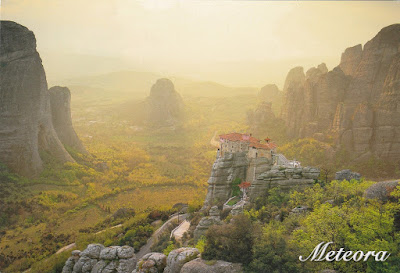 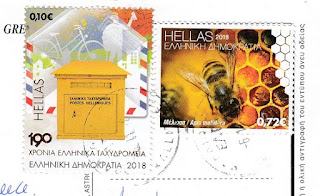 In a region of almost inaccessible sandstone peaks, monks settled on these 'columns in the sky' from the 11th century onwards. Twenty four of these monasteries were built, despite incredible difficulties, at the time of the great revival of the eremetic ideal in the 15th century. Their 16th-century frescoes mark  a key stage in the development of post-Byzantine painting.

Magical view isn't it? Its also what Antonio says, despite visiting the place in gloomy weather - or sometimes its exactly what adds to the mystical appeal. I've noticed I mostly posted donkeys and cats of Greece lately ('lately' being a loose term in this case haha), here is finally a view card :D Thank you Antonio:)