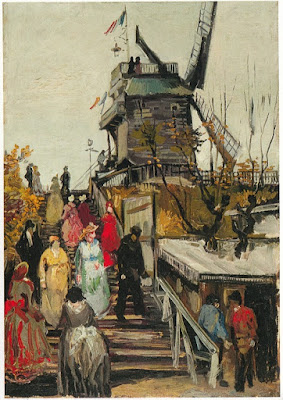 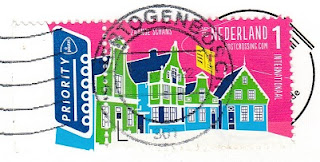 The Moulin de la Galette is a windmill and associated businesses situated near the top of the district of Montmartre in Paris. Since the 17th century the windmill has been known for more than just its milling capabilities. Nineteenth-century owners and millers, the Debray family, made a brown bread, galette, which became popular and thus the name of the windmill and its businesses, which have included a famous guinguette and restaurant.
Le Moulin de la Galette is the subject and title of several paintings made by Vincent van Gogh in 1886, as it was near his apartment in Montmartre. I have to admit I was surprised this is Van Gogh, but I loved it instantly! Thanks Mike :)